Recently, Shenhua's young goalkeeper Ma Zhen accepted an interview with "Morning News". In the interview, he talked about his feelings in the first game after coming to Shenhua and the help of his seniors in the team. 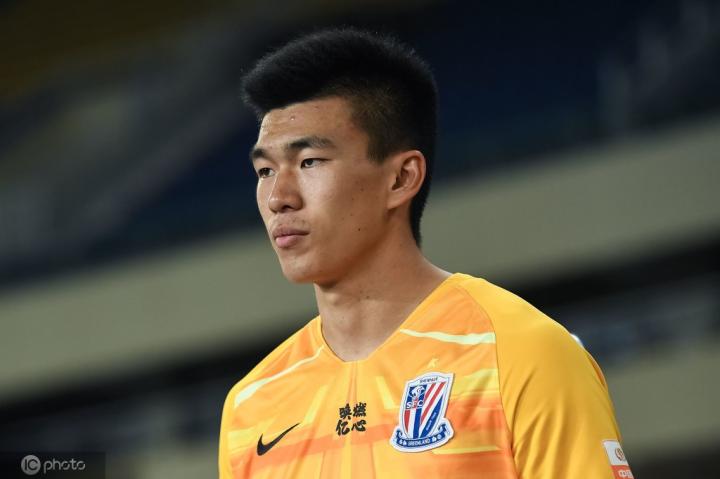 The first game was still a bit nervous, and overall I was satisfied with my performance. The coach told me during the training a few days ago that this game might send me on the court. I was prepared in training, but the first game was still a bit nervous. Both brother Zeng and handsome guys specially encouraged me, let me lay down my baggage and believe in myself. They also shared some of their experiences with me and told me what to pay special attention to.

I am really lucky to be able to come to Shenhua because I have the opportunity to learn from the two big brothers. In normal training, Zeng and handsome both gave me a lot of help and pointed out my technical problems. They are all goalkeepers with very rich experience in competitions. I have learned a lot by observing their movements.

The defensive pressure in the first half was not great. After the intermission, they replaced three foreign players, and the scene was a bit nervous. Until the first save, the nervousness eased a lot. I was lucky and made a mistake. Fortunately, the goal was cancelled after Var reminded, no goal was conceded, but this is indeed a mistake in his own attack. On the one hand, the error of judgment in the attack was a problem of experience, on the other hand, the first game was really tight.

I have no game experience and no fame. The club leaders brought me in under great pressure. I will train hard, learn from Zeng and handsome guys, and strive to continuously improve myself, and live up to the trust of leaders, coaches and teammates, and the support of fans.