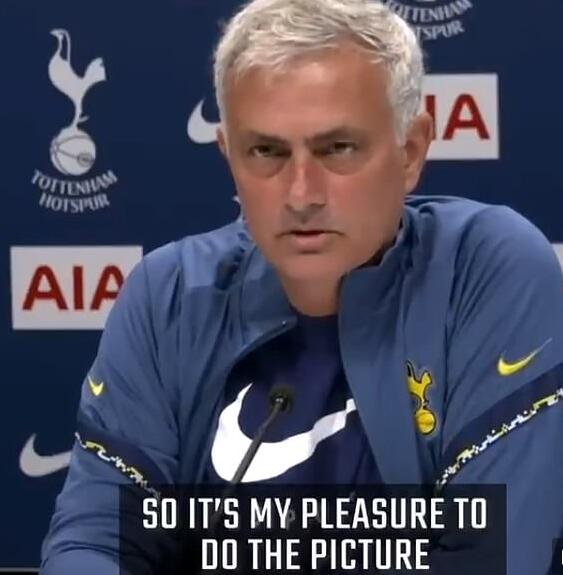 Tottenham went to North Macedonia in the Europa League. Before the game, Mourinho had a touching interaction with a local reporter.

During the video call conference, reporter Igor Alexandlovich failed to raise questions in time and missed the opportunity to communicate with Mourinho. Before his father died, he had hoped that his son could talk to Mourinho. Annoyed Igor told his situation. For this reason, Mourinho, who had already left the scene, returned to the house and communicated with Igor through video footage.

"First greet you on behalf of my father, but he is now in heaven. Once, when he was very ill, he told me that if he had a chance to see you, he wanted to ask you for a photo because he took me to grow up. I like you very much, no matter which team you coach, no matter you win or lose, he respects you very much."

"If you allow me to take a photo with you, I will frame the photo and place it in my father's resting place. If your team has a good result, will you allow my request?"

"I would be happy to take a photo with you. It is my honor to pay tribute to your father. He values ​​me so much that I don't deserve it."